Your Obstetrics and Gynecology Office

Our Doctor and Certified Nurse Midwives 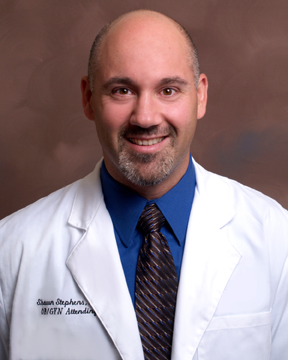 Dr. Stephens is a board certified Obstetrician and Gynecologist dedicated to his patients and his practice. He came to the Sarasota/Bradenton area in 2012 from Upstate New York where he completed his Internship and Residency at Rochester General Hospital (RGH). During his time at RGH he also served as Chief Administrative Resident. Soon after graduating residency in 2006 he joined the faculty practice that he graduated from. He quickly became the Medical Director and Associate Chair of the Department of OBGYN where he was very successful in running 4 practice sites with his dedicated team of professionals including midwives and resident physicians. He excelled in training those residents to become compassionate and skilled surgeons and Obstetricians.

His special interests are in surgical robotics using the da Vinci Robotic System as well as office-based surgery and Mona Lisa Touch procedures. He quickly became one of the leading surgeons where he practiced and has performed hundreds of minimally invasivehospital based and office based surgeries. Obstetrics has always been of strong interest to him as well as there is nothing more exciting than bringing a new life into this world. “Obstetrics is a challenging yet rewarding part of our daily life.” His family was also very excited to move to Florida. His wife and 3 boys enjoy spending time at the beach and participating in various outdoor activities. Dr. Stephens personally enjoys running, cycling, golfing, and spending time with his family. “I love what I do and feel very satisfied every time I help someone through their personal situation, big or small.” 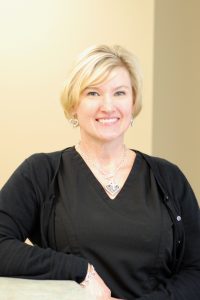 I was born in Michigan, but moved to the southwest coast of Florida when I was 12. I received my Bachelor’s of Science in Nursing from the University of Florida in 1992. After working for four years in both low and high risk obstetric settings, I found my ‘calling’ was to help women through the birth process and into motherhood. I received my Masters in Nurse Midwifery from UF in 1997 (GO GATORS!) and moved to Arizona. I practiced as a solo nurse midwife for two years until I received the greatest gifts of my life, my children. As they grew up, I gained experience in neonatal intensive care nursing, as well as continuing in labor and delivery so I could be close to women, helping them give birth. I returned to nurse midwifery in 2012. My husband was granted a new job opportunity in Sarasota, so we moved back to Florida. I then worked in the Clearwater area taking care of women with all types of birth expectations, including water births. My family and I relocated to Sarasota, as my husband works at USF.

When I am not busy, I love being with my two girls and my husband of ‘many’ years. I also love to read, go to the beach, hike, and cheer for the Gators!!

Christine has now joined us full time as a Certified Nurse Midwife.  She previously worked at Sarasota Memorial Hospital as a Registered Nurse, mostly in the prep and PACU areas as well as in our office.   She has a lot of experience.   She is really excited to be here and help us build the best practice that we can be.  Christine enjoys spending time with her three boys and running.  A good book will also never be passed up by Christine as she loves to read.